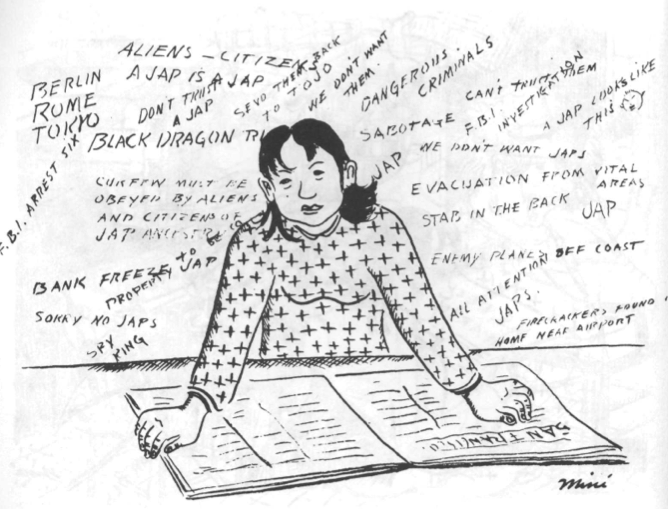 Below is the description and course reading list from the syllabus for a writing class I designed and taught in Fall 2015 and Winter 2016 in the English Department at UC Davis.

English 003: Introduction to Literature: “Go Back to _____!”: Literature and Citizenship

In the summer of 2015, when Donald Trump told Univision reporter Jorge Ramos to “Go back to Univision” (i.e. “go back to Mexico or X-Latin-American country”) he used rhetoric and expressed ideas that are neither new nor uncommon. He wasn’t the first and won’t be the last. Even in the few months since then, debates about who belongs where, what they should look like, sound like, worship like, think like, etc.—who they should be—are everywhere in this country and world. In a globalized world, questions about citizenship and belonging are of the highest importance, not only in the technical sense of laws but also at a very deep philosophical level. Who are we? And how is this shaped by our relationships to other human beings? What are those relationships? How are they formed, perpetuated, dissolved, and transformed? In this class, we will examine how writers have used literature to represent and think the meaning of citizenship, belonging, nationhood, movement, migration, inclusion, and exclusion.

English 3 is a writing course. English 3 is also a course in which we will read literature. In order to learn skills and strategies that will help you to write at a university level, we will read, analyze, and write about poetry, fiction, and drama written in English from the early modern period (the 16th and 17th centuries) to the present. We will develop a toolbox of terms, concepts, and approaches that will help you to talk and write about literature; at the same time we will use these tools—and add others—in order to compose, examine, and revise your own writing. Though the writing you do in this course will focus on literature, the skills that you will learn can be useful in many other writing situations, whether in school, in your personal life, or at work. It is my goal to make the class enjoyable and useful for you.